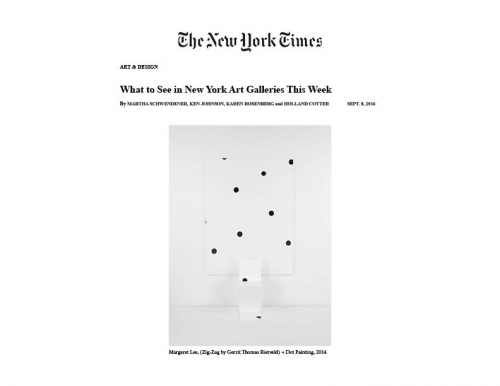 In Spanish, the word “caza,” or “hunt,” is a homophone of “casa,” or “house.” This play of language has inspired a smart and snappy show at the Bronx Museum about the “taming” of art in the domestic environment, an exhibition that’s loaded with double meanings and dual identities.

The artist-dealer Margaret Lee (a partner in the Lower East Side gallery 47 Canal) contributes painting-sculpture hybrids and paint-splashed photographs that subordinate pieces of high Modern art and design (a Brancusi column, a Rietveld chair) to her own black-and-white décor schemes. From the painter Alejandra Seeber, born in Buenos Aires and based in New York, come paintings of similarly purposeful (if less witty) confusion; with their fuzzy and elided glimpses of Modern and contemporary art hanging in high-end interiors, they’re not sure whether they want to highlight the creativity of others or strike out on their own as wall candy.

Most intriguing are the multimedia efforts of the Angeleno artist Rochele Gomez, here represented by drawings, a video and a sculptural assemblage. The drawings, which show Giacometti sculptures coming to life within the rooms of the home of the artist’s parents, are fanciful, on topic and beautifully executed. But the piece that stays with you is the video, “Welding With Shelly,” in which a young woman applies an acetylene torch to a large metal sculpture in a makeshift bedroom studio.

“Caza” is the first show in “The Neighbors,” a three-part exhibition series of emerging artists, overseen by the guest curator Sofía Hernández Chong Cuy. Although it’s a bit early to tell, this group of shows seems like one of the more promising developments for a museum that’s currently a house divided. (Several board members recently resigned because of disagreements with the director over programming; the interim appointment of two new members has since been announced.)

One auspicious sign: the accompanying leaflets by the young designer Gerardo Madera, who has his own interpretation of “Neighbors.” For “Caza,” he interviewed the show’s artists about their own neighbor experiences and printed snippets of these conversations alongside stills from a film of personal significance, “Nueba Yol” (1995), about an extended family of Dominican immigrants living in New York. 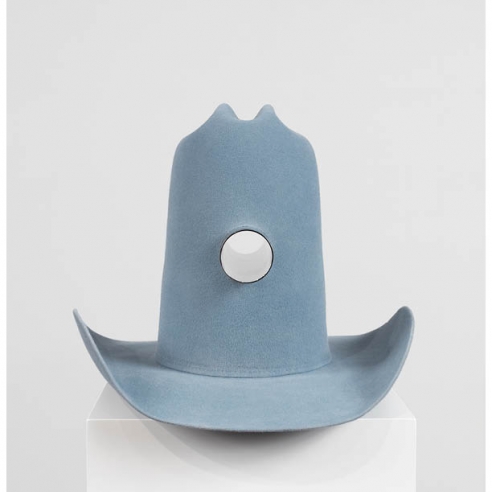 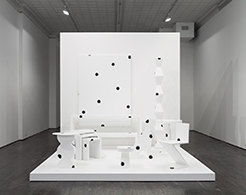 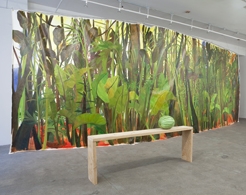